Why the Canon 5DS is perfect for interactive panoramas 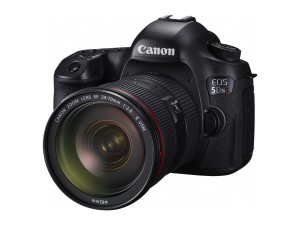 50.6 Megapixels! Who needs that? The critics seemed to love the announcement of the Canon 5DS, and the Canon 5DS R, as much as many photographers did.

Of course the 5DS is a camera for a niche market. The image files are huge, so it's not the right tool for fast action (where the Canon 1DX or Canon 1D Mark IV are simply better). The ISO range is limited, in comparison to the 5D Mark III.

The amount of time on location is a critical factor. Not because the photographer wants to finish the job quickly - the parameters around change. The position of the sun changes, and with it the location of the shadows. The weather can change, and with the weather the ambient light can change significantly.

Every interactive panorama is shot in overlapping segments. The resolution that can be achieved depends on the focal length of the lens and the sensor size. The Canon 5DS can deliver about 2.5 times the number of pixels a 5D MkII and MkIII can.
In other words: A wider angle lens can achieve the same resolution.

Using a wider angle lens means less segments to photograph. Less segments means faster work - for the photography, and for the processing of the resulting images.

What's the real difference? Let's assume a resolution of 1000 pixels for 10cm of a target, and let's assume we are using a 24mm lens on a full frame camera:

If the required resolution would need a 24mm lens on a Mark III, then the same resolution could can be achieved with 16mm focal length on the Canon 5DS. That makes a huge difference when it comes to the number of sectors requited:

For a 24mm lens, assuming a 25-30% overlap horizontally and vertically, three rows of photos would be needed, 30 photos (segments) in total. For a 16mm lens, only two rows are needed , 14 photos in total. That's less than half.

With the Canon 5DS, the same interactive panorama could be shot in half the time it takes on a Canon 5D Mark III.

Would the Canon 5DS or the 5DS R be the better option? Moir? isn't much of a problem in interactive panoramas, but sharpness is critical. A curtain in a room could be an issue in rare cases, sharpness is critical anytime. It remains to be seen how significant the differences between the 5DS and the 5DS R are in real life. In theory, the Canon 5DS R, with the low pass filter cancelled out, should be the better option. 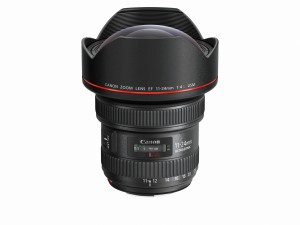 50.6 Megapixels on a full frame sensor - to achieve sharp images, the lens has to be as outstanding as the camera. Canon has announced what might be the perfect lens for the new camera and interactive panoramas - the Canon EF11-24mm f/4L USM. Together with the Canon 5DS R, it should be the best possible combination for years to come.

According to the review on the Ken Rocckwell website, it is an awesome lens: "There is no lens on Earth like this, and there never has been. This is the world's widest lens, and it has super-high performance as well".

The test images in the DPReview review samples confirm that this lens, even at 11mm, is exceptionally sharp even at the edges. This is important for panoramas, they are stitched together, using overlapping areas on all sides, and more detail and sharpness in the overlapping areas is a huge advantage for precise stitching.

Can't wait to shoot an interactive panorama with this lens!